"Some say they see poetry in my paintings; I see only science." -Georges Seurat 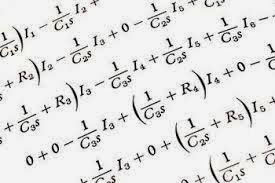 Zeno was a Greek philosopher who has famously vexed great minds for thousands of years with his puzzling paradoxes that seem to defy explanation or refutation. The problems he describes are typically simple to state, and to understand, but defiantly difficult to deconstruct or disprove. Aristotle, Bertrand Russell, St. Thomas Aquinas, and scores of other heavy-weight philosophers have chimed in with suggested solutions to at least some of Zeno's riddles. I've looked at a lot of these counterarguments, solutions, and refutations to Zeno's Paradoxes, but I've never seen one particular counterargument that seems the most obvious to me.


Zeno is famous for posing at least three major paradoxes: (1) Achilles & the Tortoise; (2) the Arrow Paradox; and (3) the Dichotomy Paradox. It is this last problem to which I am referring. The Dichotomy Paradox is a thorny little thought experiment involving motion of an object, and our mental and mathematical conceptualizations of that motion. The Dichotomy Paradox sneakily pits math versus reality in this little gem of a riddle.
Zeno asks us to consider a person traveling from one city to another, say Athens to Rome. In order for the traveler to go the full distance, d, the traveler must first complete half of the trip, d/2. In order to go the last half, the traveler must again travel half of the remaining distance, so (d/2)/2 = d/4. Zeno argues that the traveler must keep traveling half the distance, then half of the remaining distance, then half of that remaining distance, and so on for infinity, never quite reaching the endpoint. And since no one can travel an infinity of distances in a finite amount of time, Zeno concludes that it is impossible for the traveler to complete his trip by moving! Ergo, motion is just an illusion.
Obviously, people and objects can and do move in the world, so we know from the start that Zeno's conclusion cannot be true, but that's what is so puzzling about it. It was not immediately obvious to philosophers at the time where exactly this line of thinking was going astray.  Most critiques of this Paradox rely on more modern thinking and mathematical techniques that were not available in Zeno's day; namely, infinite sums in which a finite answer is produced. So a traveler going on the number line from zero to one, using Zeno's traveling method of going half, then half again, then half again and again, results in an infinite sum that eventually results in completion of the trip:
0 + 1/2 + 1/4 + 1/8 + 1/16 + 1/32 + ..... = 1
But you don't need to know about infinite sums to dismiss Zeno's Paradox straight away, you just need to point out that he is begging the question (assuming his own conclusion) in this logic, or contradicting himself -- I'm not exactly sure which. I've never actually seen any other philosophers point out this glaring hole in Zeno's logic, so I decided to post my thoughts here in the hopes of being corrected. Let's work backwards, very quickly, which clearly suggests a problem with his thinking:
Zeno concludes traveling the distance d is impossible (or illusory?). But then assumes traveling the distance d/2 is possible. So instead of setting our target distance at d, and never quite reaching it because of the infinite half-sums involved, let's set our target distance to 2 times d = 2d. Since we can apparently travel half-distances no problem, according to Zeno himself, then half of 2d is just d, the distance we wanted to travel in the first place.
Boom, that's it. Problem solved, as far as I can tell. We just showed that traveling distance d was possible using Zeno's own described method of travel, no fancy maths or infinite sums necessary to banish this riddle. Dichotomy Paradox solved?
Posted by The Other John Mc at 10:24 AM

The Other John Mc
The author is a full-time research scientist for a major US government laboratory, with a Ph.D. in experimental psychology research. The author has over 40 peer-reviewed scientific and technical publications, and is a regular reviewer for four professional science journals.